The new model delivers WUXGA resolution (1920 x 1200), clear crisp and bright presentations in any lighting condition, edge blending, wide range vertical/horizontal lens shift, a variety of energy-saving settings, and up to 20,000 hours of virtually maintenance-free operation. Because it does not have a conventional lamp, the VPL-FHZ57 can be positioned freely at any angle, on its side or even upside down, and is also easier to operate than a lamp-based projector.

“Sony’s VPL-FHZ55, the world’s first 3LCD laser projector, helped to establish Sony as the laser projector’s market leader,” said Robert Meakin, product manager for B2B projectors at Sony Professional Europe. “Today we’re excited to introduce the VPL-FHZ57 and build upon the success of its predecessor. This new model delivers better whites, colour gamut and an upgraded contrast ratio to match the quality of our recently introduced VPL-FHZ60 and VPL-FHZ65 laser models to offer a ground-breaking image quality and reliability to our customers.”

Sony has also broadened its popular line up of C-Series installation projectors with the launch of the new VPL-CH370 WUXGA. Designed for large classrooms or meeting rooms, the VPL-CH370 features 5,000 lumens and optional wireless for wider connectivity capabilities.

Both the VPL-FHZ57 laser projector and the new C-Series VPL-CH370 will be available in January 2016 in Europe. 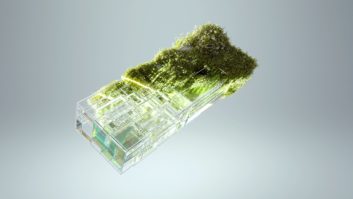