If 2021 seemed bleak, then 2022 currently shows every sign of going ‘one lousier’. Whilst the pandemic waxed and waned, Russia’s invasion of Ukraine in February has since been augmented by a persistent threat of nuclear conflict, multiple other instances of national instability (step forward Liz Truss), and a global supply chain crisis that has continued to affect manufacturers and service providers across industrial sectors. But gradually rising in profile to assume a tinnitus-like roar has been another issue that is set to take centre stage in Europe and beyond over the winter months: the markedly increased potential of protracted energy blackouts.

Although it’s an issue that has been worrying energy experts and governments for some years now, there are several factors that have conspired to raise the alert levels as 2022 draws to a close. At the top of the list is the unpredictability over gas supplies, which has been greatly increased by the war in Ukraine and Russia’s hostile relationship with much of the rest of the world. To that one can also add continuing fluctuations in wholesale prices and other energy sources, as well as fears over the possible impact of a severe weather on ageing energy infrastructure. 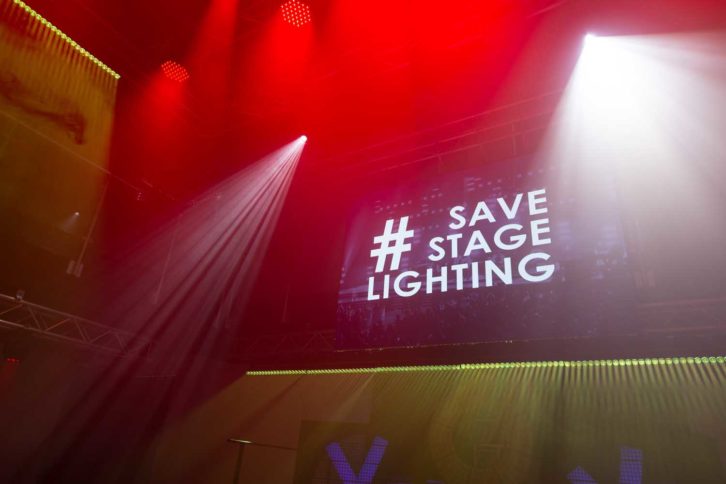 In the UK, news at time of writing about the government ‘war gaming’ emergency plans to cope with protracted energy blackouts is unlikely to dampen concerns among businesses and individuals. One projection – described as a “reasonable worst-case scenario” – outlines the possibility of all sectors (including energy, transport, food and water, and communications) being “severely disrupted” for up to a week (read more here). It is, to put it mildly, a highly disturbing possibility that prompts legitimate worries not only about business and residential continuity, but also possible societal unrest.

With no end in sight to Russia’s invasion of Ukraine – and the prospect that conflict could still spread to other neighbouring territories – this is not an issue that is about to abate any time soon. Hence Installation’s decision to speak to a few leading AV vendors and service providers to ascertain how they perceive general awareness levels of energy supply and security issues; the extent to which they are seeking more energy-efficient solutions in order to reduce their own demand on national energy infrastructures; and the impact all this is having on new system design.

SurgeX is a leading provider of power protection and power management solutions, and has had a presence in the AV industry since 1995. The company’s sales director EMEA and APAC, Justin Peyton, is not alone in identifying the increased emphasis across market sectors on having access to uninterruptible power sources (UPS). Providing near-instantaneous protection from input power source or mains power failures by supplying energy stored in batteries or super-capacitors, UPSs are commonly used to protect hardware including data centres, computer networks and telecommunications equipment.

“Keeping your AV and unified communications equipment in service [with a UPS] is not a question of keeping it running to view content,” says Peyton. “It’s about providing clean and continuous power to keep the control over the system by avoiding power issues and communication failures when the system reboots in an unpredictable way.” 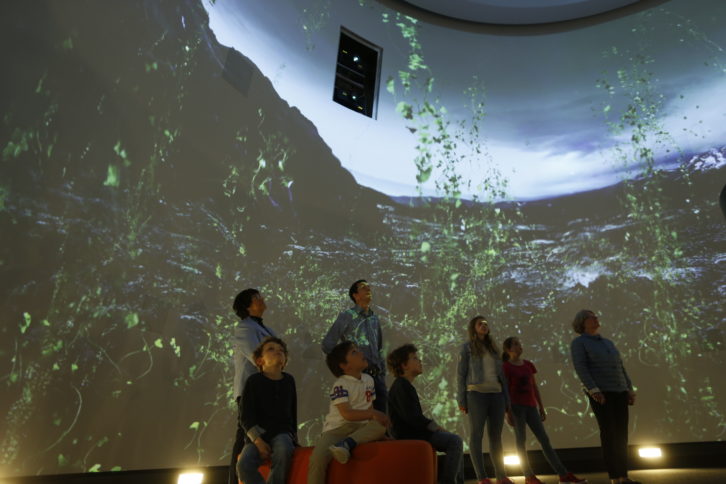 Recognition of the need for secondary energy sources is spreading, indicates Peyton, in light of increasing power supply instability: “Nearly everything today is connected via a network and that means it’s connected via power. [Therefore] UPS systems are critical in providing backup to the relevant network and control technology to keep our world running long enough for alternative sources of power (such as a generator) to start up. In mission critical environments and cases of emergency, it is fundamental to keep safety equipment powered to avoid serious danger for life of people.”

As might be expected, SurgeX itself has been taking steps to protect its own continuity of power supply. Measures include equipping its main offices with UPSs in order “to keep our critical network and servers running. As an international company it’s fundamental to us to keep our server systems running long enough for backup power to start. When they go down, many of our employees in the field or in their home offices aren’t able to work without server connection, even if they still have power at their location.”

Meanwhile, it’s an issue that is inevitably at the forefront of considerations as SurgeX continues its own R&D efforts. “We are already working on different solutions for the next generation of power issues,” reveals Peyton. “High efficiency UPSs with power factors over .9 provide customers with clean and permanent energy to handle power issues in future. In addition to that is the capability to control them remotely and [via the cloud], and monitor and record their power consumption.”

‘Energy saving features’
As a pro AV equipment supplier and integrator, Strive AV is also well-positioned to ascertain the demand for power management & monitoring services, as well as solutions that support a more energy-efficient way of operating.

Managing director Toni Chalk remarks: “As an integrator we have many clients that rely on us to keep their AV running smoothly, so we offer 24/7 remote management and monitoring (RMM) as an additional service option. This allows us to not only remotely monitor operations and manage software updates, but also provide AV health checks. In the instance of a power outage, we can make sure all AV solutions are up and running as they should, and as quickly as possible. RMM also gives us the flexibility of power management, with the ability to turn off products not in use and therefore preventing unnecessary energy usage.”

Both with regard to the ongoing power supply issues, and the longer-term goals of decarbonisation, it stands to reason that customers are placing a greater onus on low-consumption AV products. As Chalk indicates, LED screens have been among the most significant recent beneficiaries of R&D in this area.

“The latest LED screens on the market come with a variety of energy saving features,” she says. “For example, by remotely using the inbuilt DMS, the interactive touchscreens have the ability to be put in different eco modes to save energy. Remote management will extend the lives of displays, resulting in lower maintenance costs and a less frequent need to invest in replacements.”

Strive AV is actively helping its customer groups to keep up-to-date with the latest products, and to this end is “currently offering a Buy Back Scheme for schools, colleges and universities, [which involves] giving cashback for old classroom display equipment when upgrading facilities.”

LED display and video wall manufacturer Absen highlights both its own progress in reducing energy consumption and the broader innovation taking part in its area of the industry. “Over the past five years, Absen has made huge strides in its sustainability and energy conservation commitments, reducing carbon emissions by approximately 700,000 tons in that time,” says European brand and marketing director Jessica Golding.

She adds: “Advancements in LED technology over recent years, and the acceleration in 5G + 8K technology, have ushered in the era of Micro LED. [For instance] The new Absen KLCOB Micro LED technology offers lower power consumption but at the same brightness. High contrast and high brightness are uninterrupted by shadows or other obstacles, which results in a display with triple contrast and a screen four times stronger than traditional LED and 40% more power efficient with the reliability doubled.”

POWER OUTAGES
In terms of the legal environment surrounding power outages, this will inevitably vary by country. In the UK, for example, companies would be well-advised to refer once more to primary legislative sources such as the Health and Safety at Work Act 1974, which continues to define the fundamental structure and authority for the encouragement, regulation and enforcement of workplace health, safety and welfare.

In addition, legal contributors to a wide-ranging recent article in People Management  suggest that companies devise detailed contingency plans, including for scenarios where they may not receive advance notice of the blackouts; accommodate the possibility of outages in planning work schedules and make allowances accordingly; and ensure that UPS and other safety-critical equipment is in place, especially in high-hazard industries.

Strikingly given the pronounced shift in favour of remote working over the past 2.5 years, there is even an implication that this could prompt a further moment of reflection. Whilst urging good practices by employees that include keeping their electronic devices fully charged, AGL Energy chief people officer Rita Trehan hints that businesses might want to explore more in-person work once more – not least because “technology is a tool, not a crutch.”

Given the huge technological shifts affecting the workplace recently, it’s certainly an intriguing thought. But, ultimately, there is no denying that we are potentially headed into uncharted territory. The last time a planned energy blackout occurred in the UK was in early 1974, when the need to conserve coal stocks – then the primary source of the country’s power – led to commercial consumption of electricity being limited to three consecutive days each week, for a duration of just under two months.

But technologically speaking, that is now a distant era entirely unlike our own. The rise of the internet and the fundamental interconnectedness and interdependence of work and life in 2022 means that the impact of extended outages would be much more profound – and almost certainly far more disruptive. Ultimately, we will have to wait and see, and hope that any outages are short-lived.

In the meantime, though, it certainly won’t do any companies in the AV space harm by ensuring they have secondary sources of power (where possible), updating their information sources for employees, and taking steps to keep everyone safe and well – whatever transpires over the coming months.