Having launched the service at the beginning of the year, Hotlamps was one of the first companies to identify the initial benefits of re-lamping or lamp refurbishment. By removing a used bulb and replacing it with a new one, keeping the old lamp module, old housing and old connectors, the cost of the lamp is less expensive for the reseller and the process is more environmentally friendly than replacing the entire lamp.

However, the initial reasons behind the service have since been overridden by the severe damage caused to the lamps. Hotlamps business manager David Weatherhead explains:

“Projector lamps contain mercury which is very poisonous if released from the bulb. During the process of re-lamping, we found that mercury could escape and be left on the old housing which is a potential health hazard to those who carry out the refurbishment and to the users of the lamps. We simply wouldn’t want to put the health and safety of our staff or customers at risk so we’ve decided to terminate this service at once.

“We think that a safer and still very cost effective option instead of re-lamping is for resellers to offer branded compatible APO lamps to their customers. These are made from new bulbs, modules and connectors which serve as no threat to the end users whatsoever.” 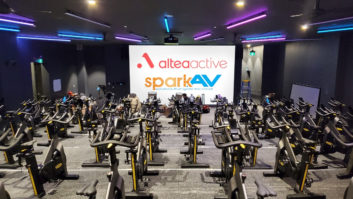